As I have stated elsewhere, I moved to the forest for quiet work, then the forest protests happened.  I never intended to become the photographer documenting forest defence, it happened around me.  I saw that it was crucial to record the struggle to defend the southern forests from unsustainable logging for wood chips and interstate companies.  Given that only 15% of felled karri is used for sawn timber, with 85% going for wood chips, and as small local mills only use a small proportion of the 15% I believe these small local mills could have used the karri and jarrah forest sustainably and in perpetuity.

The forest protests of that time failed to stop the logging of what were already only remnants of ancient south west forest.  Despite widespread public support for these remnants to be saved, and the 2001state election being partly fought over this issue, the new WA Gallop Labor Government’s lies and chicanery ensured that logging continued then and subsequent Western Australian governments have ensured it continues.

This documentation is unique.  I live in the forest and was able to photograph the major campaigns throughout the forest protest period.  The images document Western Australian activists and protestors fighting against ancient forest logging from 1994 to 2003 and a visit to Challar State Forest in 2013.

A book derived from the 1990s work is now in preparation, but my photography of forest issues is over. 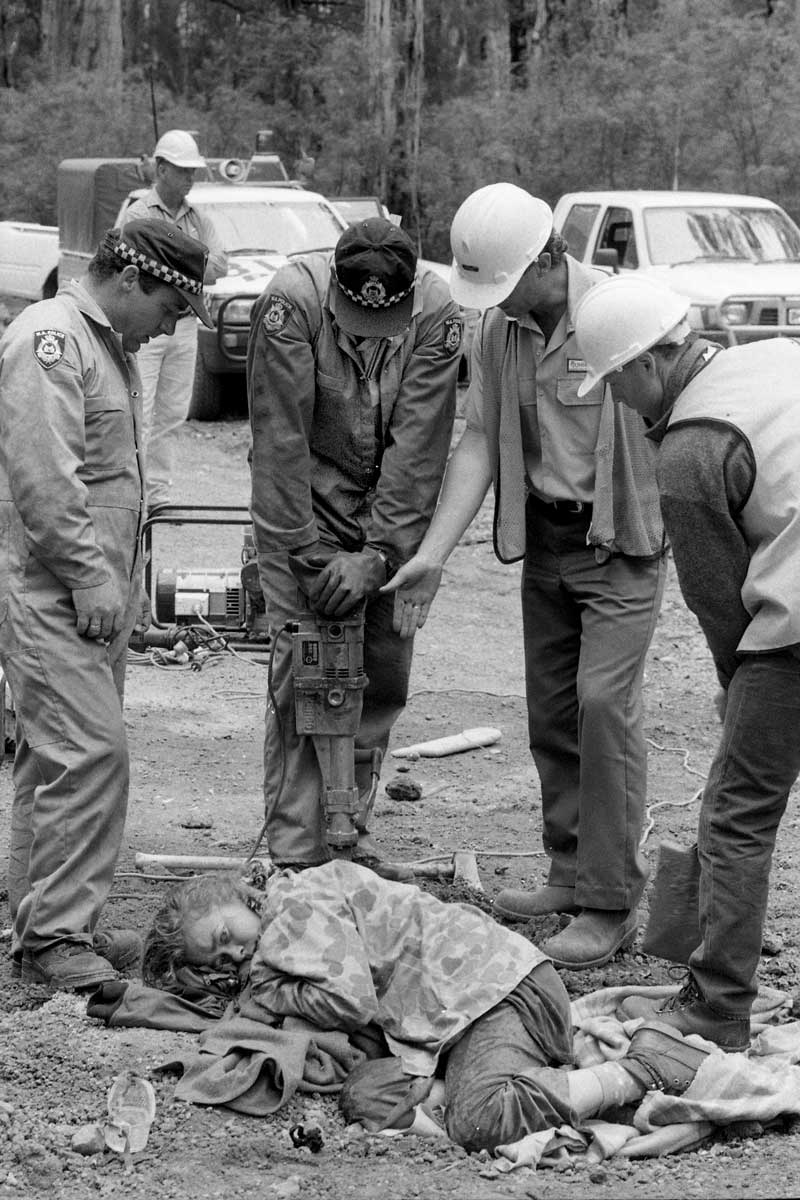 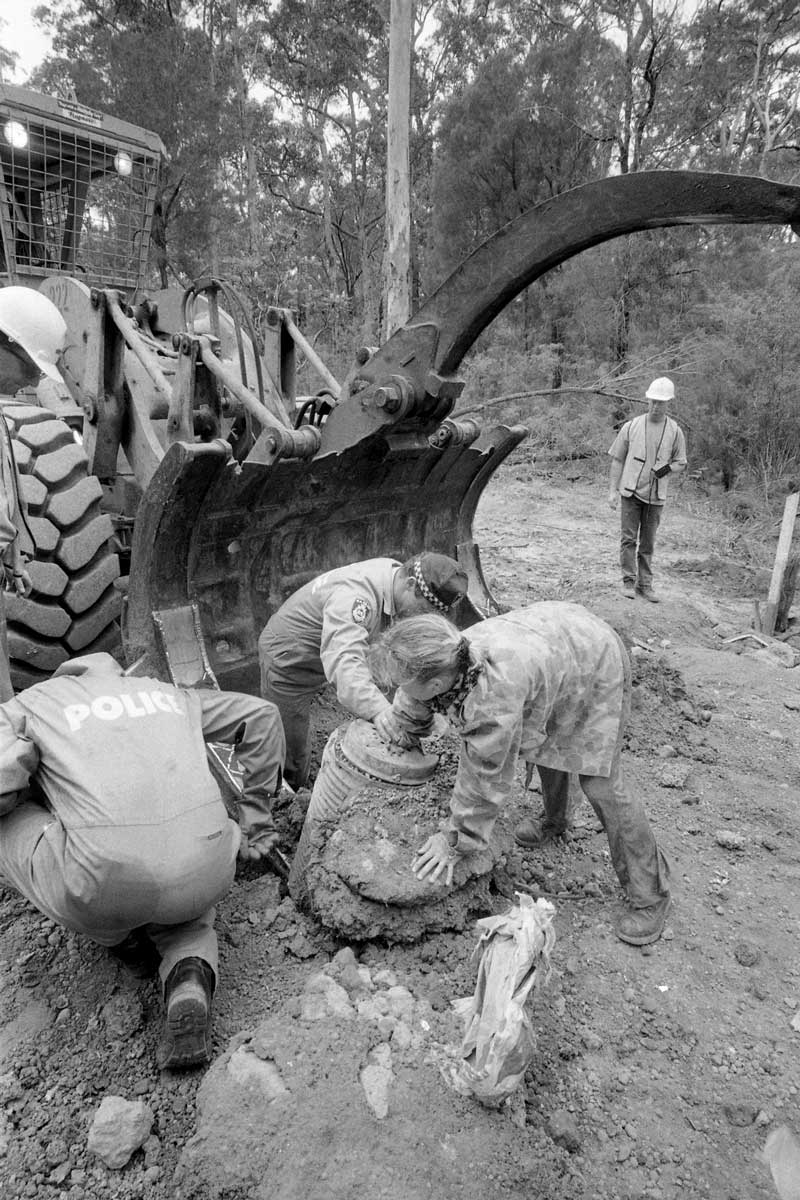 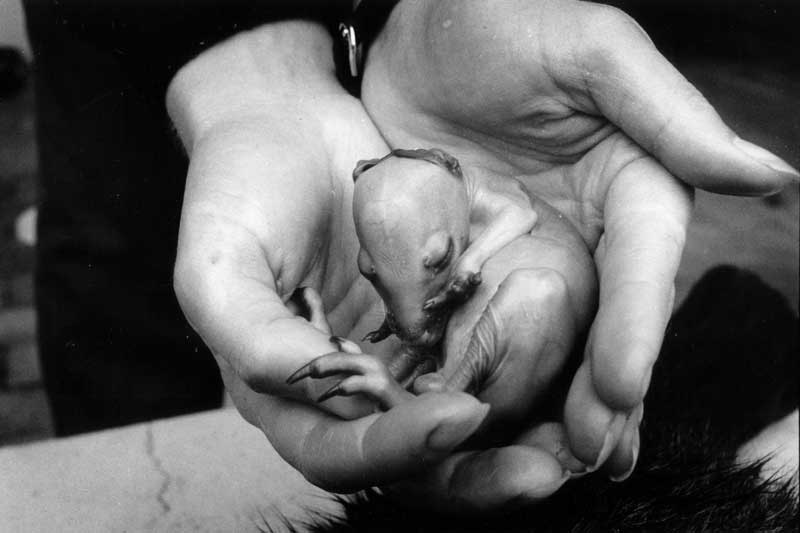 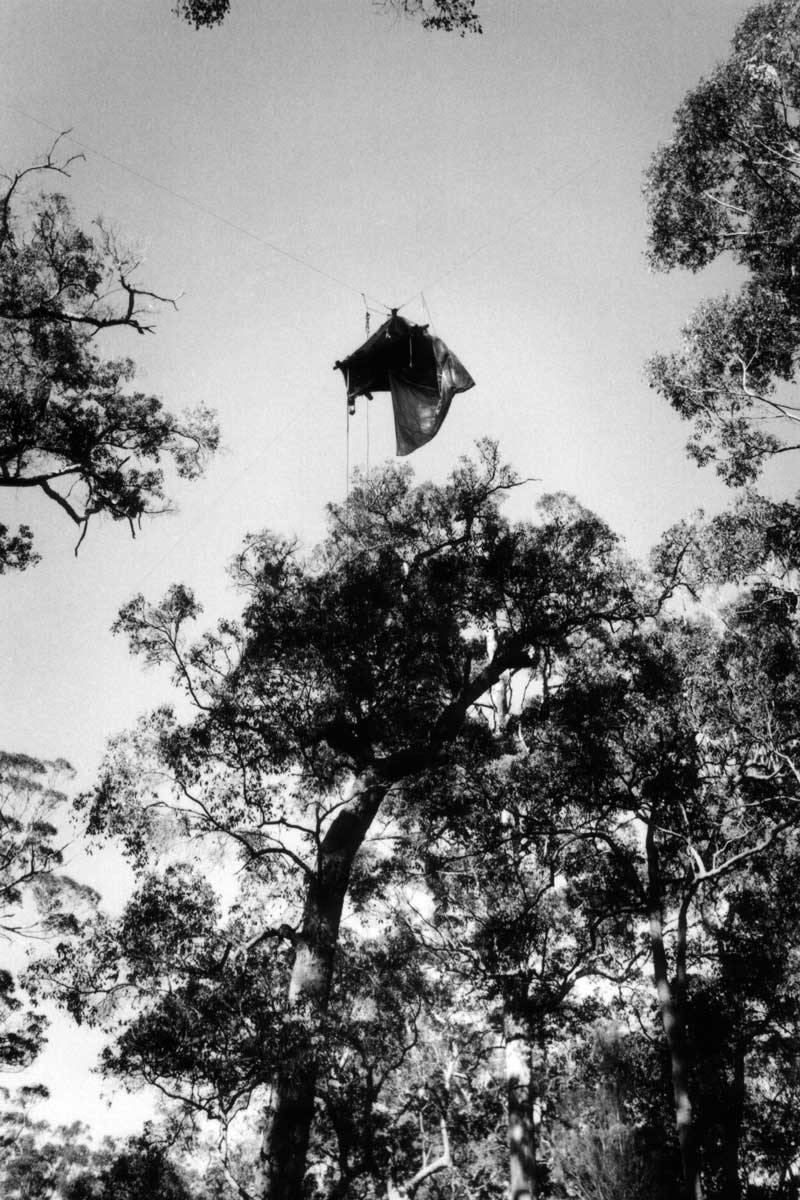 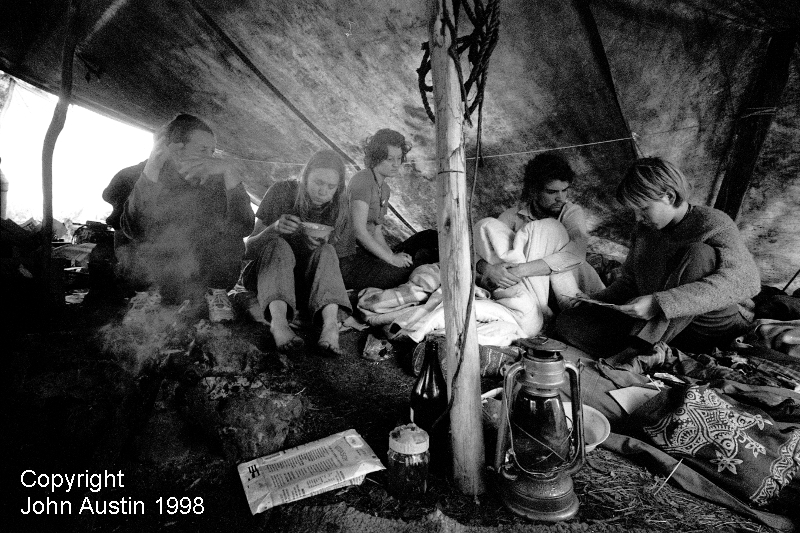 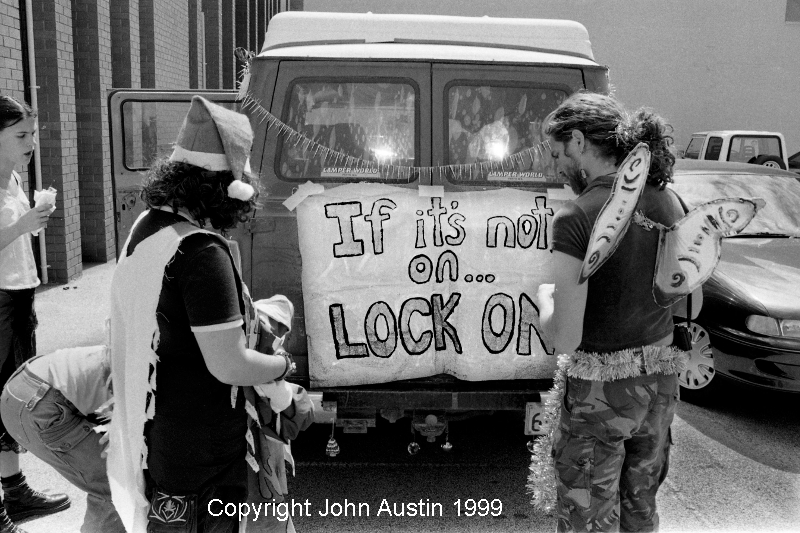 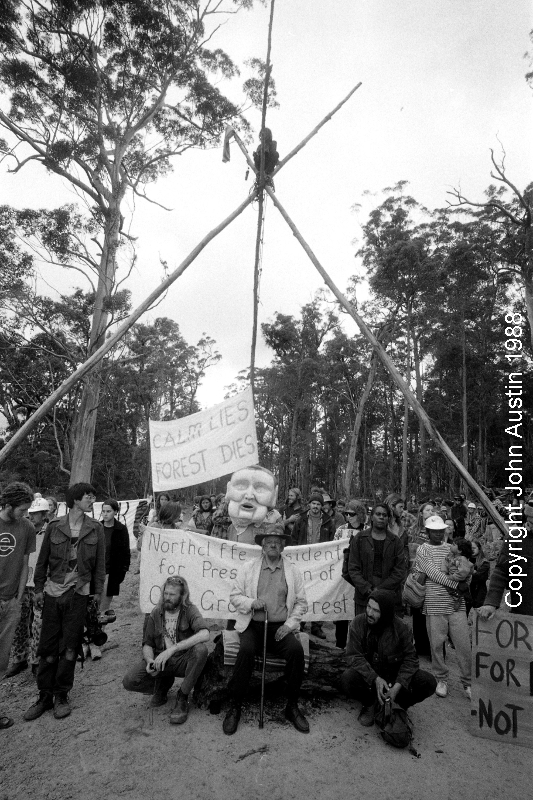 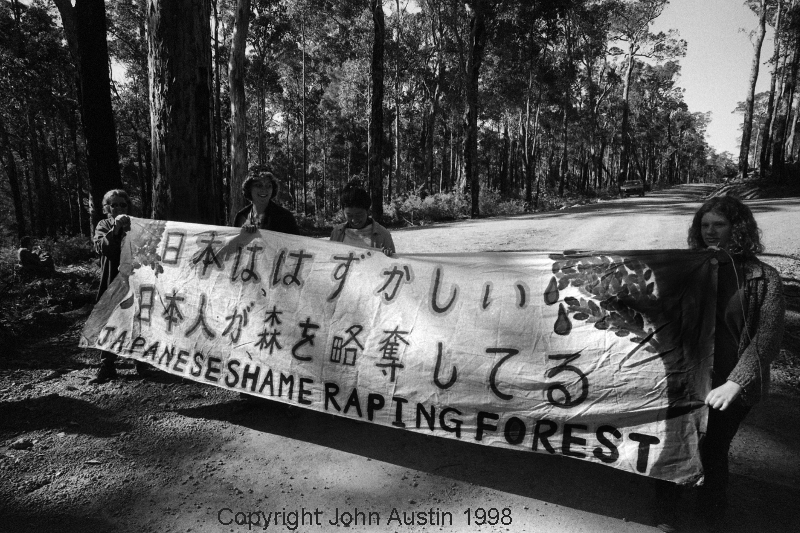 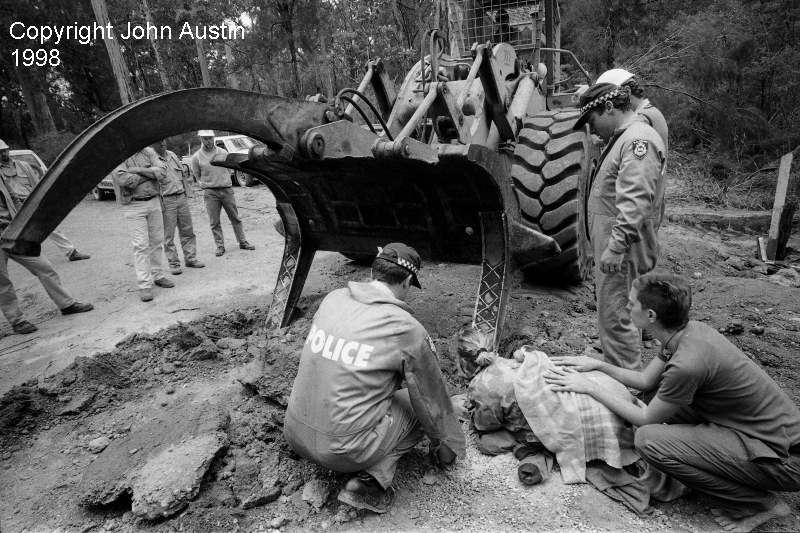 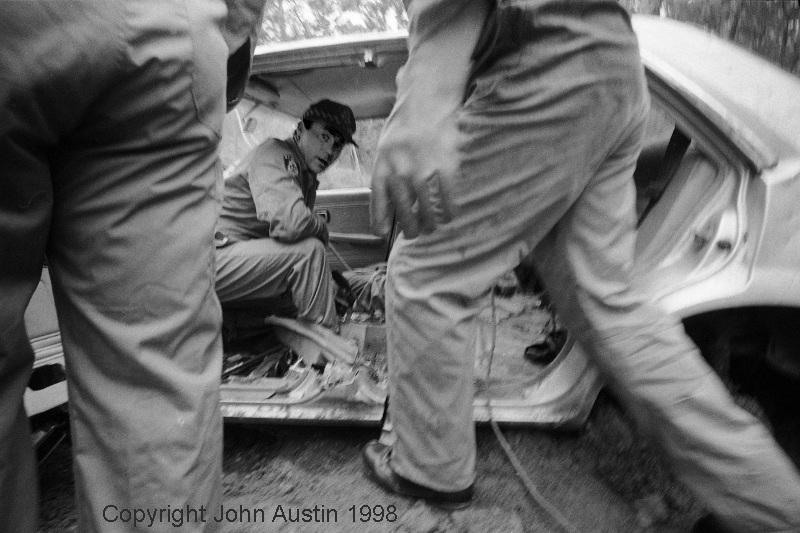 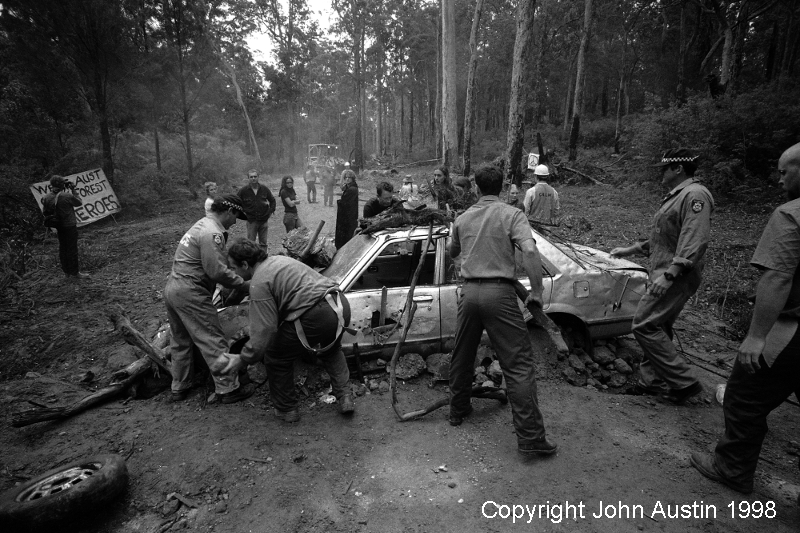 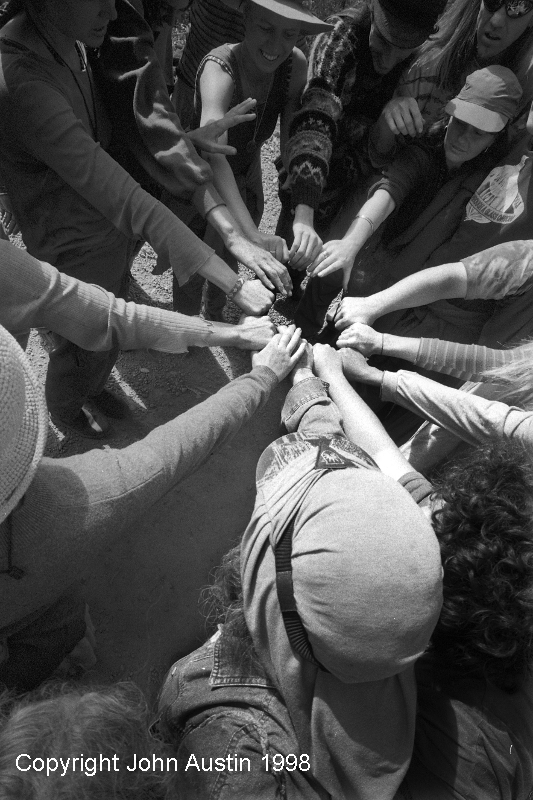 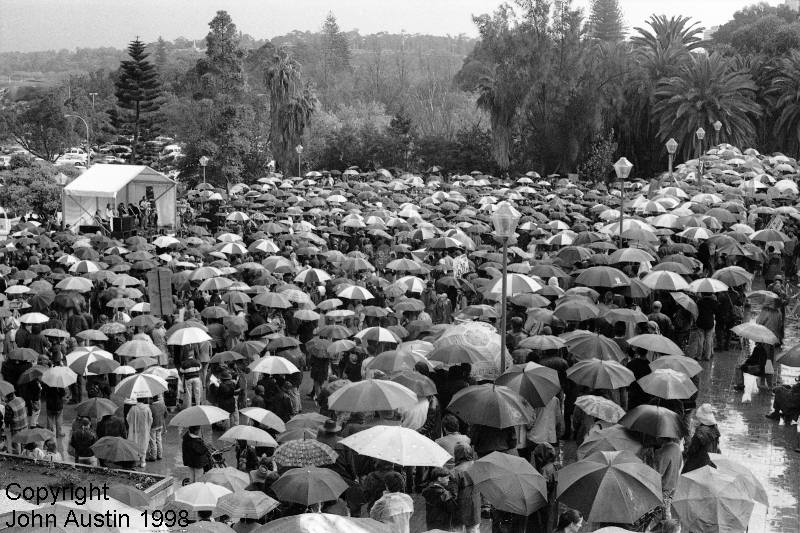 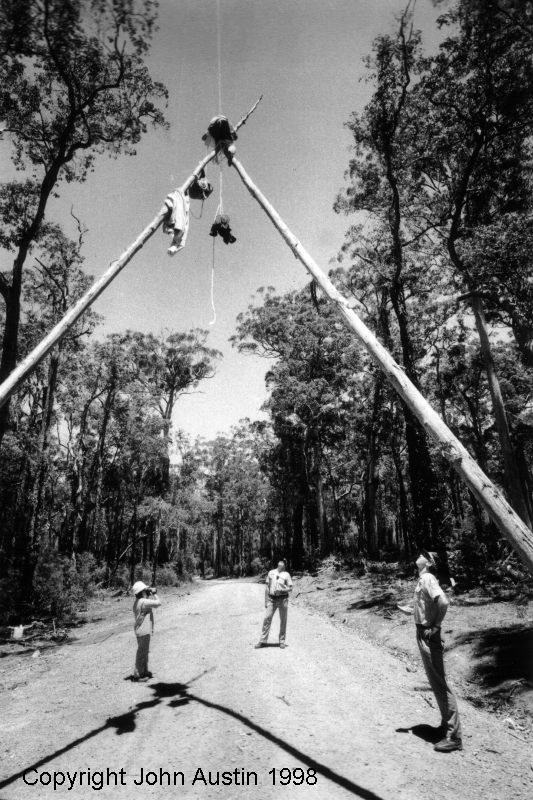 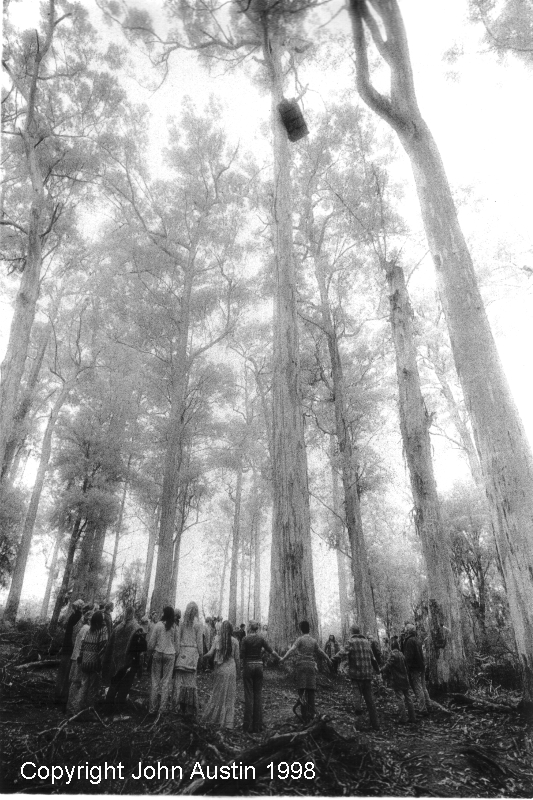 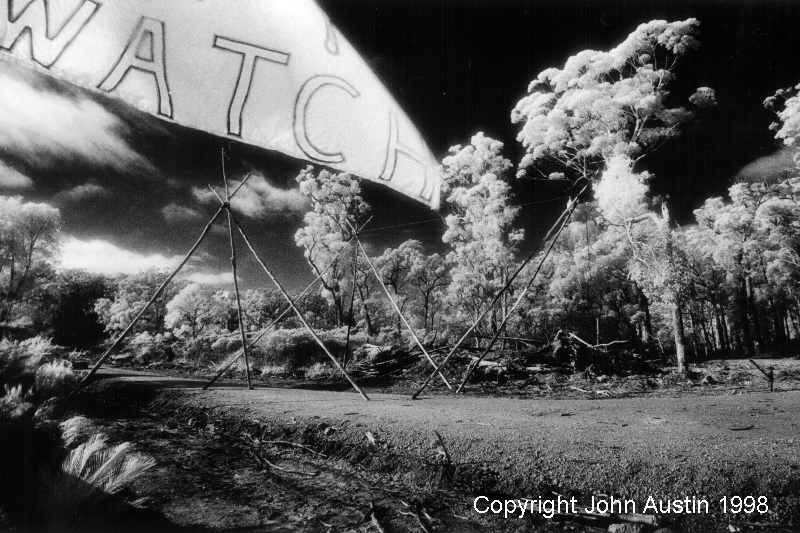 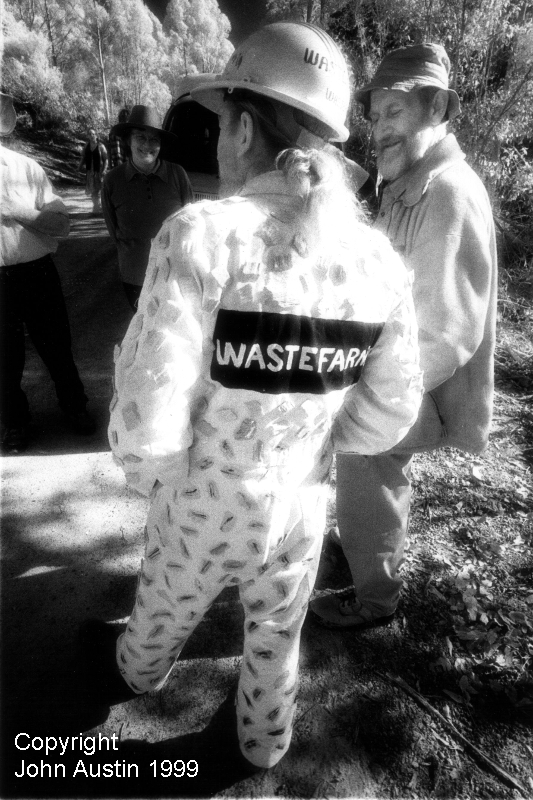 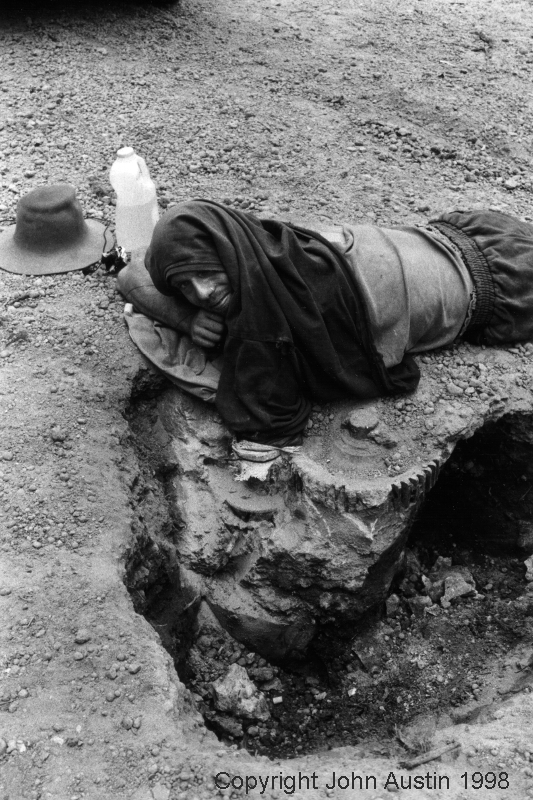 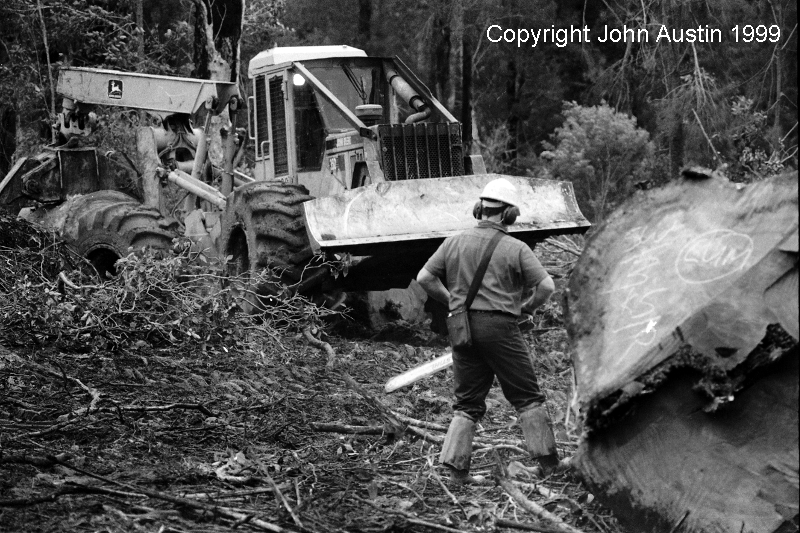 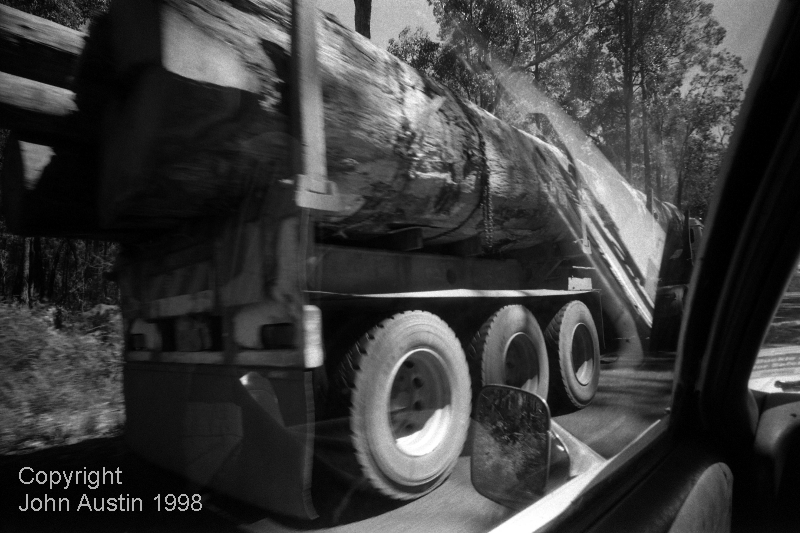 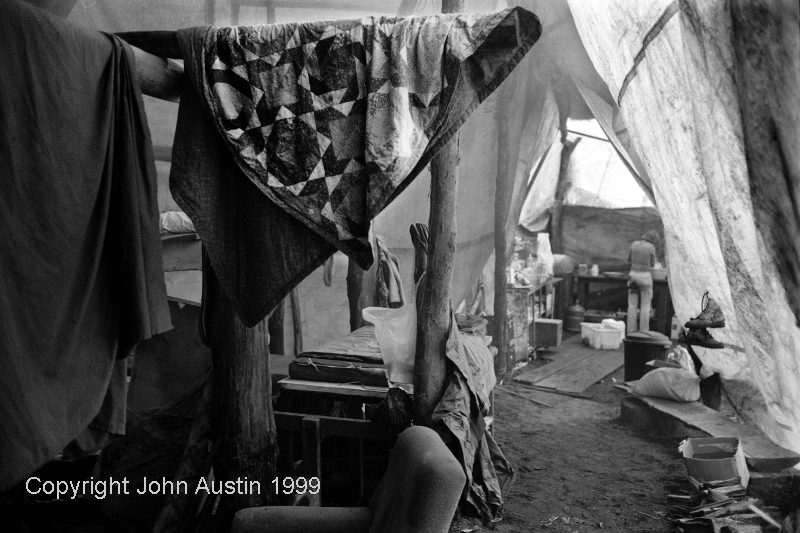 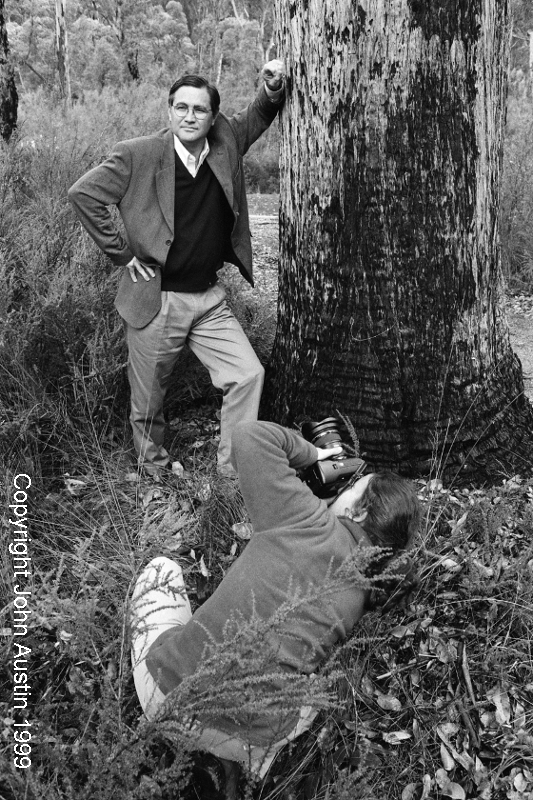 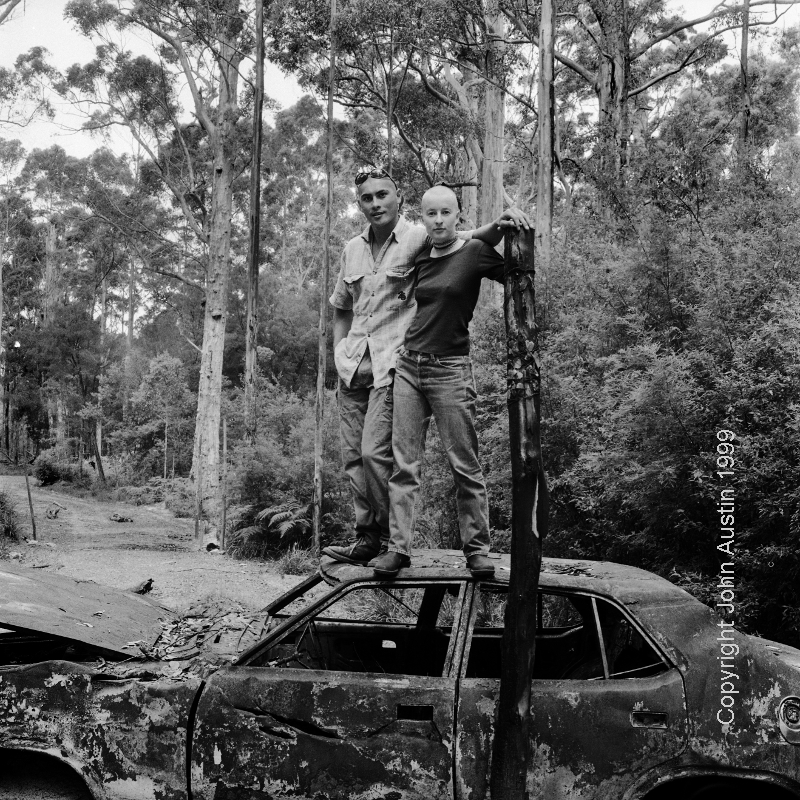