The Show is Over - Where Next

The twenty four year survey is over, where to next? 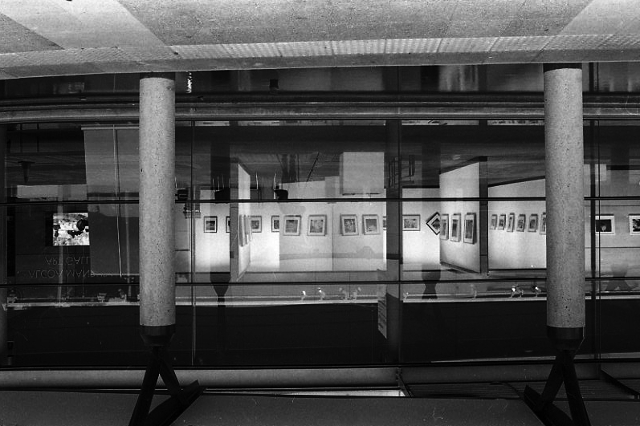 Mainly, I feel liberated for the next phases of my work, but to that later in this post

Firstly, I will thank Julian Bowron, then Director of Bunbury Regional Art Gallery, BRAG, for inviiting me to have this show and for the organisation of the first stage, and for constant input to the show's tour.

From Julian's introduction to the catalogue "I first became aware of John Austin's work when looking through the City of Bunbury Art Collection and discovering images from his enigmatic portrait series of the artist Howare Taylor. . .  By then I knew that on the edge of the forest at Quinninup lived a remarkable photographer who should be the subject of a BRAG retrospective exhibtion by a senior South West artist . . .

The show was far harder than I had imagined, at first it seemed it would be simple.  Julian suggested the show during the Doug Chambers opening. I thought about a small show of big prints of 10x8” camera portraits in the tiny cube gallery in the middle of BRAG.  Big confronting prints with no room for the viewer to stand back for relief, and I would still like to do this.  During our subsequent meeting Julian corrected me to a twentyfour year survey show.  I glibly accepted, thinking that the work was done, the prints existed in my plan chest, and all that was needed was a competent curator, a catalogue and funding for framing

Nothing could have been further from reality, it was a lot of hard work.  Almost all the prints are new prints, the matting was tedious and the mental stress was huge.  But the show was ready a month before the opening on 16th September 2017, and the beginning and end tour dates pencilled in for Busselton and Manduah

The show has had a lot of great responses, and in particular the reception from women has been understanding and embracing.  It has generally been women to have responded best to my work.  It was two women,  Diana McGirr and Sarah Drummond and who wrote the penetrating essays for the catalogue.  Added to this are Eva's comment in the BRAG visitor comments book and Rachel's perceptive comments via Messenger that became the text for the Manjimup leg of the show

My photography has always gone ahead of my concious thinking and I never manage to catch up.  An example of this is the precursors - throughout my work there have been precursors, images that seem out of kilter with the work I am doing, but prefigure later portfolios. For example, within the work with women there were some images made with women in the landscape in 1993 which predicted the Forest Women work.  At the time I did not know what was pushing me away from my studio, where this work was being done.  In 1994 I bought my house in the forest, and very soon decided to move here full time.  But the 1993 pictures at Abyssinia Rocks and Walga Rock led the way,  I just carried the camera for the pictures to clamber into and dutifully followed where I was led.  It has always been thus with my work, I just carry the cameras and feed them film.  Yes, total mindlessness . . .

It was the essays, by Sarah and Diana, and re-reading John Barrett Lennard's essay to my first 24 year survey show calalogue, that opened my awareness to some aspects of my work I never understood, aspects that are possible directions for new work.  It took other people to show me what I was showing

First thing to do is printing, lots of printing, printing negatives from 1963 (ninteen sixty three) onwards, a serious printing period to update my body of work

I have no plans for major travel, the Weatbelt excepted, but that is only a day away.  I am one of the photographers who work in their local area and try to dig deeply and extend my understanding of where Iive.  The other attitude is to keep constantly on the move and keep finding new subjects, but this approach can lead to a superficial reading of the world.  There are, obviosly, workers like W E Smith and Edward Weston who traveled and waited until the local visual mycellium entered their vision and they saw with almost local eyes

After that refurbish my-studio and make the big 10x8" camera portraits I once planned.  Perhaps not for Bunbury, 'though that tiny white confrontational cube is enticing, or other confrontational stuff I have in my head, I am too old to be polite any more.  One of the thoughts I had about my work shown in the BRAG traveling show is that my work has too much refinement, Miyabi and too much understatement, Shibui.  Time to kick stuff