Pictures shown at this stage are holiday snaps of Rae, where we stayed, our tent and stuff, but no serious pix shown publicly until the shape of the portfolios becomes clear.

To paraphrase Winston Churchill, Never before in the history of human conquest has so much been inflicted on so vast a scale by so few people in such a short space of time.

Depicting the Western Australian landscape in C21 as a political act

A major part of my Australian work, since I moved to the Southern Forest in 1994, has been the depiction of the Australian landscape.  This depiction has been forest based and has been an enviro-political act.  With the encouragement of Rae this is being extended to the Wheatbelt.  We plan to celebrate what small and tattered beauty is left in the Wheatbelt as well as showing the damage.

In October 2020 Rae and I made our first reconnaissance trip to the WA Wheatbelt, eight days, Dumbleyung to Kellerberrin to Bruce Rock (for a coffee) to Lake Grace to home.

Rae on Arrival at Dumbleyung, 2020

This trip was a survey trip, very few pix, but lots of ideas and notes for planning future work for possible exhibition.  Rae's portfolio is provisionally titled Mapping the Land, and exploratory work started during the 2020 Nalda Searles workshop in Northcliffe, a moment of hope.

Rae and my Shadow at Donald Campbell Memorial, Dumbleyung, 2020

The Wheatbelt exploration comes from two forces, Rae's fascination from the age of ten with Donald Campbell at Dumbleyung, and Janelle Cugley's plans fpr the Aurora Artspace in Kellerberrin.

At first all I could see in the Wheatbelt was pain, pain as sharp as forest clearfell.  The difference between the pain of the forest and the pain of the Wheatbelt is that in the forest the loggers hide behind a strip of roadside trees.  The Wheatbelt offers no such subterfuge.  Longer looking showed that in the tiny scattered and damaged remnants of the original bush there are areas of outstanding strength.  There is beauty in the Wheatbelt, which by the second day had enraptured Rae and by the time we came back to the forest near Rocky Gully had started to engage me, and which Rae will celebrate and I will document.

We understand the need for food, and for export food, but the huge extent of the wheat and other crops shocked me.  In many areas the crops are grown up to the edges of the monadnocks and the salt pans.  If farmers need to do this to survive we are undervaluing the cost of food.  (The glaring example of this is the major supermarkets offering cheap milk at the expense of dairy farmers, causing many to abandon their dairy herds.)

Prior to a new body of work research is crucial.  Research into geology and hydrologty informs the way we read the landscape, and histgory helps us to understand the people.  This means we are now reading the history and hydrology of the region, and particularly the riparian areas of the Yilgarn and Salt River systems and their close monadnocks.  Big papers to dig through, but as I have typed, research is the crucial first step in any portfolio of work.

For example, we were frequently told that the salt was always there, but the presence of dead trees in the landscape evinces that not long ago the water in these pans was fresh enough to support life.

Part of the research is understanding and respect of the cultural importance of many of the sites we plan to work in and derive inspiration from.  This was highlighted during a recent conversation in Manjimup between Rae and Sandra Hill.

Near the end of this trip we stopped for a coffee in Bruce Rock on Bruce Rock Open Garden Day.  Not a bloke in sight, well. 'cept me and a tourist, but I was granted invisibility by my Leica, so just the tourist.  The local men were watching the AFL Grand Final.

With no husbands listening this was time for Secret Women's Business, where the Bruce Rock women wore their best frocks, trotted around like just-groomed poodles, exchanged news and become the noisiest women in Australia.

The first Art on the Move touring exhibition to be exhibited in Bruce Rock was my previous twenty four year survey show, in March and April 1998.

To paraphrase Douglas Adams “It can hardly be a coincidence that no language on Earth has ever produced the expression "as pretty as a silo painting".

Grain silos are not pretty, and rarely beautiful, but they are not ugly.  They are functional structures that were designed to be exactly what they are.  They possess a monumental presence in a flat landscape and a functional and aesthetic purity.

The silos are signal reminders that the whole landscape surrounding them has been modified, what was once a diverse low canopy woodland landscape has been turned to a monoculture of wheat and salt.  Silos and bins reference the environmental desolation surrounding them on a whole of landscape scale.  I accept we need food and the Wheatbelt provides food and export income, but we must not forget the cost to the environment this wheat and barley has caused.

I will not comment on the quality of the chosen imagery for the paintings except to note that in many cases it appropriates the very flora and fauna the development of the Wheatbelt has driven to near extinction.

In the south west the planned Wellington Dam mural and the other murals along the Collie tourist route will cost an estimated $4.400, 000.  I know of too many people in the SW who are homeless.  Collie does need to be brightened up, but that can be done for far less than four and a half million; and house a few people from the spare change.

Putting lipstick on a pig does not make it fuckable, well, perhaps in Northcliffe.

Looking Back and Future Plans

An aspect of Wheatbelt work is that in the forest I had been feeling enclosed, and a need for open horizons.  When out there I felt exposed, there is a lot of horizon around the Wheatbelt and wanted to return to the close comfort of forest, like a hermit crab.  Now I realize the need for open horizons was mainly based on a need for distance to set Leica range finders and Linhof infinity stops, a bit prosaic really.

It is Rae who is the main driver for our Wheatbelt work, and she has lots of new ideas in concept form.  Rae is trying to get me to engage with these ideas so I can continue as her darkroom amanuensis, but much of the work is way beyond the understanding of this driver and darkroom boy.

My planned Wheatbelt portfolios will be very different from my continuing forest work, but I see both bodies of work as complimentary and contiguous.  I am not abandoning work in the forest in any sense.

For me understanding the salinity of the Warren and Tone Rivers joined with Rae's desire to explore the area was the impetus to look at the Wheatbelt.  The result is that we are now firmer in our conviction that protection of the WA environment needs to be on a whole-of-landscape level, with WAFA and Save our Donnelly River equivalent organisatioins in each region and in regular communicatioin with each other.  Each working locally but in unison.  (Now to contact Rural Regeneration groups.)

The first thing I noticed when the negatives were developed was the refulgent light of the salt pans, a good two lens stops greater than the forest on the brightest days.  But, as is the Pilbara, the light at mid-day is relatively low contrast, with light bouncing and filling shadows.  In comparisaon forest light can be extremely contrasty, from wet charcoal in shade to white bark in sunlight in Melaleuca swamps, way beyond the standard 1:256 contrast range, or nine Zones, of normal film.  Wheatbelt light of about seven Zones means I can print trees in shadow against salt pans with ease, relief and only a small amount of buning into the salt.

For my future Wheatbelt work special wide angle 10x8" and 5x7" cameras are being designed and built.  For forest work I have used a Linhof and at Broke Inlet I now use a light weight Ikeda, but the Wheatbelt will need the special wide angle cameras, 12cm and 165mm Schneider Angulon lenses and a tilting back for the 10x8". They should be made of a Wheatbelt wood, but of these I know nothing except wandoo is harder than steel, so the prototypes will be made of plywood.  Both to be able to carry pinholes for Rae's work.

I note to myself that in the expanse of the Wheatbelt I am standing too far away with a 35mm lens on a Leica.  I could move to a 50mm lens, but the snapshots will probably move to Rollei 35B and 35LED cameras due to their size. 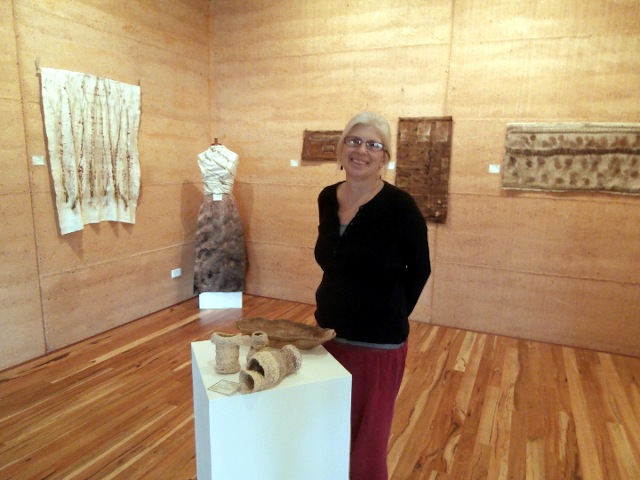